Does a better car result in safer driving ? 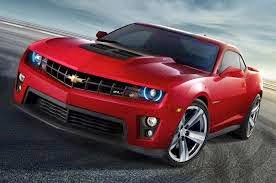 It is often assumed that better cars result in safer driving and fewer accidents. Although this seems to make sense, the reality is that people adapt their behaviour to vehicle characteristics. For example, if a car accelerates better, the driver often accepts smaller safety margins. If the brake system of the car is better, drivers may follow a lead vehicle with a smaller headway.


Evans and Wasielewski (1983) found that drivers of newer cars and cars with intermediate mass followed with a smaller time-headway. This may also be the result of better deceleration capabilities of newer cars. Evans (1991) postulated that improved braking and vehicle handling characteristics result in increased speeds, closer following and higher speeds in curves.

When safety changes are invisible to the user, as may be the case with seat belts and increased crashworthiness, there is no evidence of any measurable human behaviour feedback. A similar point was made by Lund and O’Neill (1986). Design changes that reduce the likelihood of a crash do have an effect on behaviour. They stated that how a car is driven depends on feedback to the driver about the car’s handling characteristics. Vehicle-related factors may then affect both operational and tactical driver behaviour depending on the visibility of the feedback. This type of behavioural adaptation has been studied in a driving simulator.